The science of climate change is clear.

We must stop producing the carbon pollution that is destabilizing our climate, and start building the green, just and sustainable economy that our oceans and planet so urgently need. Politicians and the corporations most responsible for climate change make grand promises and strong commitments to change their ways, but rarely follow through on them.

For decades, oil and gas corporations have known that burning fossil fuels would cause the heat waves, wildfires, drought and flooding that we’re now experiencing in BC. These multinational companies spent millions to deceive, deny and distract us on their way to billions in profit by preventing action on climate change. We must force oil and gas corporations to change their business practices and pay their fair share for the harm they’re causing. We need to Sue Big Oil.

The BC government takes every opportunity to announce they are climate leaders, but we have a history of missing our climate goals. The current BC climate plan will not get us to our legally-binding climate targets, never mind more stringent science- and justice-based targets. The province hands out billions to profitable fracking companies while the crisis destroys roads and bridges, forces people out of their homes due to fires, and kills hundreds from extreme heat. It’s an emergency, and we must act like it. Premier Eby must take immediate action to Confront the Climate Emergency.

BC Climate Action Report Card grades the Province with an ‘F’ 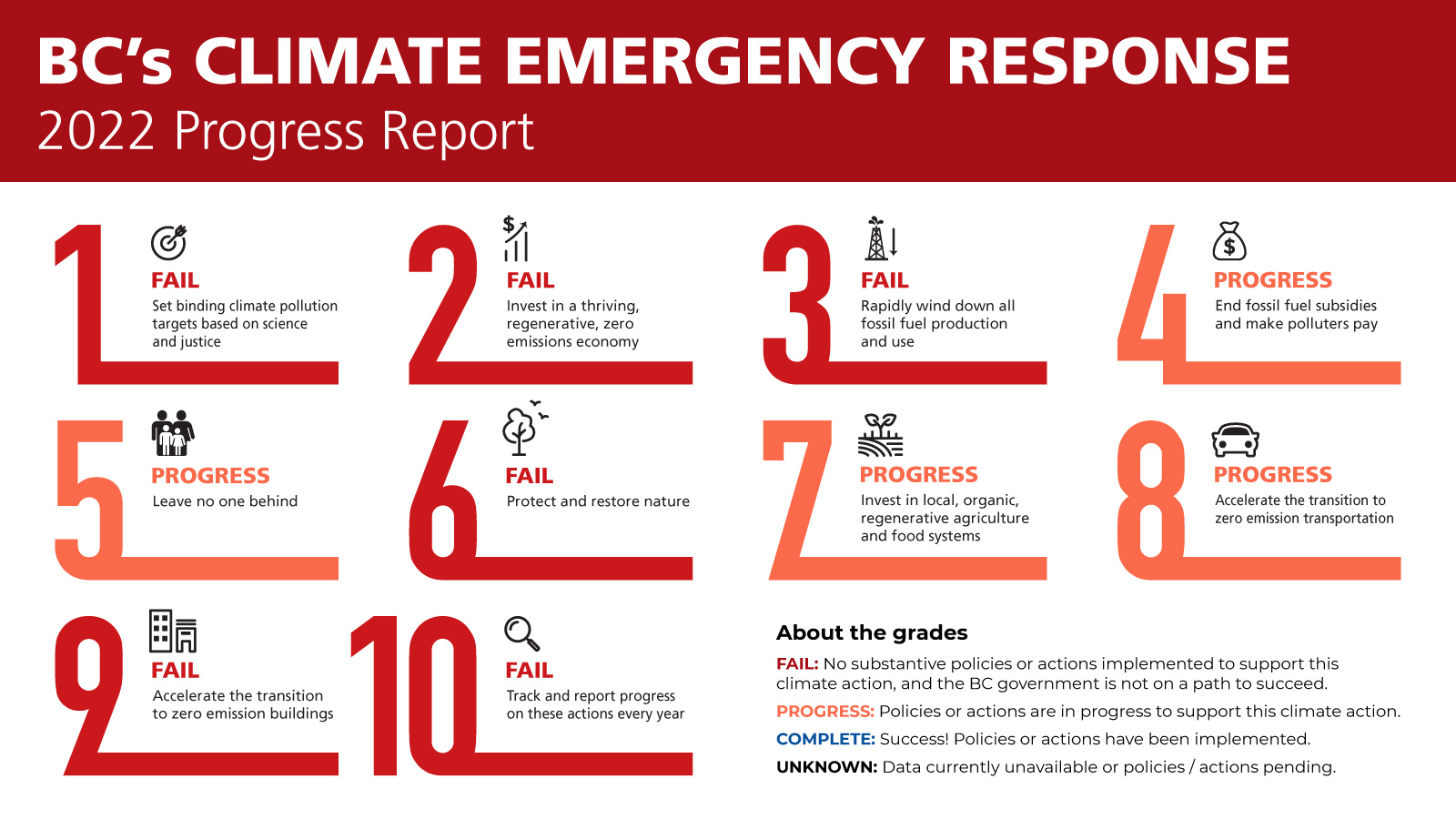 The BC Climate Emergency Campaign has issued a failing grade to the Province for its progress on implementing 10 urgent actions to confront the climate emergency.

The Report Card is based on an open letter that was first published in September 2021, with the support of 200 organizations. One year later, the open letter now has more than 450 organizational signatories, collectively representing over two million British Columbians, or the equivalent of nearly half of the province’s population.

We can build the green, just, and sustainable economy our oceans and planet need, but we can only do it together.

Sign the petition asking the BC government to confront the climate emergency.

Sue Big Oil – They need to pay their fair share!

Now is the time to talk to your City Hall and make sure they do what is right: They need to Sue Big Oil!

We have been visiting neighbourhoods around the region that have been directly affected by the extreme heat events of the past 2 years. We’re trying to gain a better understanding of the impacts of this weather event, what concerns folks have, and what is still needed.