Southern Resident orcas are a symbol of everything we value about this region – their beauty, power and fragility are the inspiration for our desire to protect the Salish sea. If we protect salmon, reduce pollution and make the ocean quieter, we create a healthy environment not only for orcas but for all who call this place home – including you and me. If we protect orcas, we protect the Strait, and future generations will have the privilege of seeing this population, which is a key part of the ecological, spiritual and economic health of the Georgia Strait region. 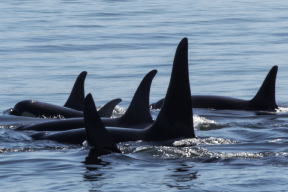 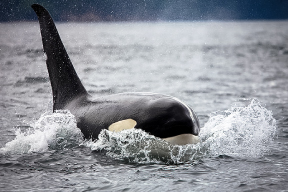 Orcas of the Pacific Northwest

We are very fortunate to live in an area of the world where three different eco-types of orcas reside. Residents, Bigg's (transients), and offshore orcas are genetically distinct populations with unique social structures, languages, physical characteristics and prey. Read on to learn more about the differences between these three types of orcas. 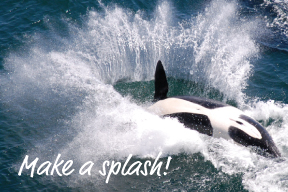 Now is truly the time for us to come together – more than ever before – to stop the harm being done to the critical habitat and food sources of Southern Resident orcas. The population has decreased by 30% in the past decade. We can’t afford to lose any more.