As we continue to celebrate Orca Awareness Month, we acknowledge how lucky we are to live in an area where these amazing whales roam the waters we share. In our previous blogs, we have been discussing the major threats to the survival and recovery of the southern resident orcas, including:

The third major threat to this population is identified by scientists: the high contamination levels of toxins found in the whales’ bodies. Since the beginning of the industrial revolution, millions of tons of toxic chemicals have been created to meet the needs of our growing society. There are over 100,000 chemicals on the market today, with over 2,000 new chemicals introduced each year for use in everyday items such as food, personal care products, prescription drugs, household cleaners, and lawn and garden products. But what happens to these chemicals after they are used? In many cases, they become part of our ‘waste stream’ and are discharged into waterways as a means of disposing of them. These chemicals can also enter waterways through rainfall, leaching through the soil, transferred from air to water when chemicals are carried by wind, or through the breakdown of the materials that they are used in, such as plastic garbage in the ocean.

Although Health Canada approves the chemicals used in our country, the truth is they rarely know their long-term impacts until decades after they have been in use and, sometimes they are having serious, negative effects on living organisms, including orcas. The history of DDT and PCBs are examples of how this story plays out.

Chemicals in our waters enter the marine food chain starting with the smallest of creatures—zooplankton. The zooplankton are eaten by small fish, which are then eaten by larger and larger fish. With every step up the food chain, the concentration of these chemicals is magnified, causing greater and greater harm and risk (this is called biomagnification). Eventually, top predators like the orca, consume the highest levels of contaminants which have accumulated through the food chain (this is called bioaccumulation). The most harmful types of chemicals found in the tissue of orcas belong to a class of toxins called Persistent Organic Pollutants or POPs. Different types of POPs include Polychlorinated Biphenyls (PCBs), Polybrominated Diphenyl Ethers (PBDEs), Dichlorodiphenyltrichloroethane (DDT), dioxins and furans. These chemicals are lipophilic or “fat-loving”, storing in the fatty tissues of animals, making them difficult to expel from the body. In orcas, females offload high levels of these contaminants to their offspring via breast milk, as it consists of approximately 50% fat. The concentration of these contaminants varies between different populations and among the different sex and age categories within populations.

Which products use these harmful chemicals? PCBs were banned in Canada and the United States in the 1970’s, but they persist in the environment as they are very slow to breakdown and they continue to be produced in other parts of the world. PCB’s are used in adhesives, sealants, paints, hydraulic fluids, coolants, and insulating fluids for electric transformers. In Canada, it is prohibited to manufacture, import, or export any products that contain greater than 2mg/kg of PCBs. PBDE’s are still produced in North America, used as a flame retardant in items such as fabrics, furniture, and electronics. DDT is a chemical used in pesticides and was historically used to control insect-borne diseases, such as malaria and typhus. It has been banned in many parts of the world but persists in the environment from historical use.

Dioxins and furans are produced when organic material is burned in the presence of chlorine. Sources of this burning can include coal-fired generators, municipal waste incinerators, metal smelting, pulp and paper mills, diesel engines, sewage sludge, and burning of wood treated with preservatives. Dioxin was the primary toxic component found in Agent Orange. Dioxins and furans are extremely toxic in tiny amounts—in fact, the most toxic dioxin, 2,3,7,8-Tetrachlorodibenzo-p-dioxin (TCDD), is 10x more toxic than the most toxic PCB.

How are these toxic contaminants affecting the orcas?

Orcas who live in the Pacific Northwest are some of the most contaminated marine mammals on Earth. Scientists believe that the toxic contamination levels found in local orca populations can cause suppression of the immune system, reproductive impairment, developmental problems, and they could interfere with hormonal systems. Within populations like the southern resident orcas that are already struggling to survive due to low prey abundance and noise pollution, the effects of toxic contamination seriously threaten their ability to stay healthy and reproduce successfully. 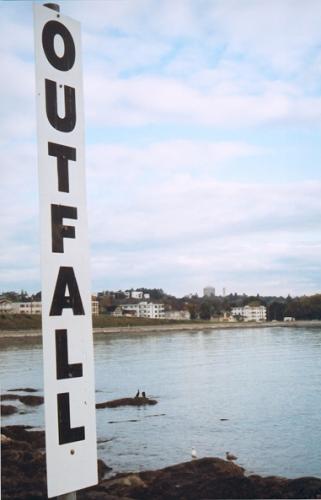 The government needs to support further research and monitoring efforts on the contamination levels found in the southern resident orca population, and the effects these chemicals have on their survival and recovery. More work needs to be done on a global scale in banning the production and use of current and future toxic chemicals so that they do not end up in waterways, and ultimately in marine food chains.

We need to prevent oil spills from occurring, be much better prepared to clean up oil or fuel spills when they do happen, and tailor spill response protocols to ensure that the impact on orcas is as little as possible.

Point sources of sewage dumping need to be eliminated and sewage from all human activities needs to be treated with a minimum of a secondary level, tertiary if possible. Abandoned vessels need to be removed from waters so that any harmful chemicals onboard, such as fuel, oil or paint, are not leaked into the environment.

You can make a difference too by choosing not to use harmful pesticides, herbicides, or fertilizers on your lawn and garden so they don’t find our way into our creeks and streams, or our wastewater treatment systems, which are not always able to remove the wide host of chemicals in the effluence (source control is always the best option). You can also choose environmentally safe cleaning products to clean your home. If you are a boater, you can reduce your impact by using the Guide to Green Boating.

We all have a part to play in protecting the health of the environment. By doing so, we protect all species around us. Southern resident orcas need our help now more than ever before. It’s up to us to make the necessary changes so their habitat is a healthy place for them to live and eat.

Join the Orca Action Team and be part of the movement that we are creating together.

We will continue to update you on our work to protect and recover this iconic family of orcas, and we will be calling on you to help us in our mission in the coming months. Let’s choose action, let’s choose recovery!