How did we get here?

When European settlers came to the west coast, many orcas were likely shot at and killed, in particular members from the Southern Resident community because of the time they spend in nearshore waterways like the Salish Sea. This population likely numbered around 200 whales before the 20th century. For more than a hundred years following colonization, killer whales were feared and believed to be blood-thirsty killing machines who would attack anyone or anything they came across. Their Latin name speaks to this false impression as Orcinus orca comes from the mythical Orcus—the Roman god of the Underworld.

Throughout history, fishers were known to hate killer whales, or “Blackfish” as they called them, considering them rivals for the precious salmon on which they both depended for a living. Whenever possible, whales were shot on sight. Fishers, from both sport and commercial fisheries, were adamant that the number of killer whales on the Pacific coast was growing and had to be controlled.

In 1960, representatives of fishing organizations in the Campbell River area met with officials from the federal Department of Fisheries (DFO) to discuss the prevalence of “Blackfish” in Discovery Passage. Several solutions were contemplated, including bombing the animals from the air. In the end, the fishers convinced the government to install a Browning machine gun on a lookout on Quadra Island overlooking Seymour Narrows, northwest of Campbell River. The plan was for a gunner to shoot as many killer whales as possible and stop them from coming into the Campbell River area. Thankfully the machine gun was never fired. In the end, because of DFO’s concern that a bullet could ricochet off the water and potentially hurt someone, and that the gun was a potential forest fire hazard, it was taken down. 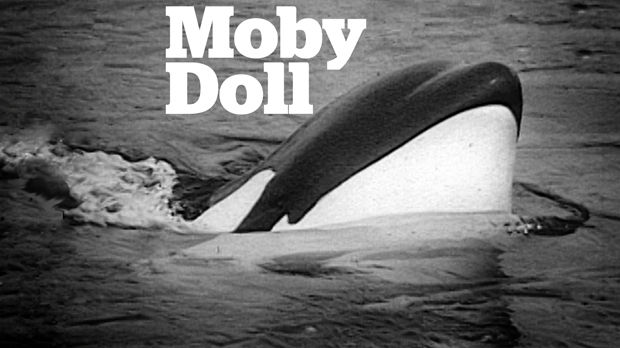 It was not until later in the 1960’s that people started to realize that killer whales are extremely intelligent, have complex social systems, and are non-threatening creatures. In 1964, a wild killer whale from the Southern Resident population, who was to be named Moby Doll, was harpooned and shot near Saturna Island. The goal was to attain a real-life specimen to use as a model to create a life-size killer whale to have on display at the Vancouver Aquarium. Moby Doll, who was mistakenly thought to be female, did not immediately die from his injuries and was subsequently held in a net pen in Vancouver’s Burrard Drydocks. He did not eat for the first two months in captivity and appeared listless. He died just three months after his capture.

Moby Doll’s capture sparked the beginning of a relentless attack on wild killer whales, removing them from their families to put into tanks around the world for public display. The hardest hit population was the Southern Residents due to the ease of catching them in the local waters of the Salish Sea where they spend much of their time from spring until fall, hunting Chinook salmon. In just 12 years, 47 members of the southern resident orca population were taken to aquariums, while reports indicate that potentially an additional dozen or more died in the process of being captured. Photo taken in 1970 of a SRKW being held captive near Whidbey Island. Credit: Wallie Funk

Due to mounting public concern about the horrific capture events and what the potential impact on the population might be, Canadian and American governments halted the removal of wild killer whales from the Pacific Northwest until the population could be assessed.

Canadian scientists like Dr. John Ford, Dr. Paul Spong, and Dr. Michael Bigg began what would become an annual census of the different killer whale populations on our coast, though they did not know there were distinct communities until further into their research. They were soon joined by Ken Balcomb from the United States in this work. The Center for Whale Research based on San Juan Island, Washington and lead by Dr. Balcomb, has carried on the annual census of the southern resident orca population for over 41 years.

The live capture marked the downward slide of the Southern Residents from which they have yet to recover. In 1976, when the live capture of whales was officially banned in Canada, there were only 71 whales left in this population. Their population dynamics were left unbalanced with almost a complete generation of whales lost to tanks in captivity. Since then, the Southern Residents have fluctuated slightly with their highest numbers since before the live capture era occurring in 1995 when the population was 98 whales. Today just 75 remain and they are dying at an alarming rate.