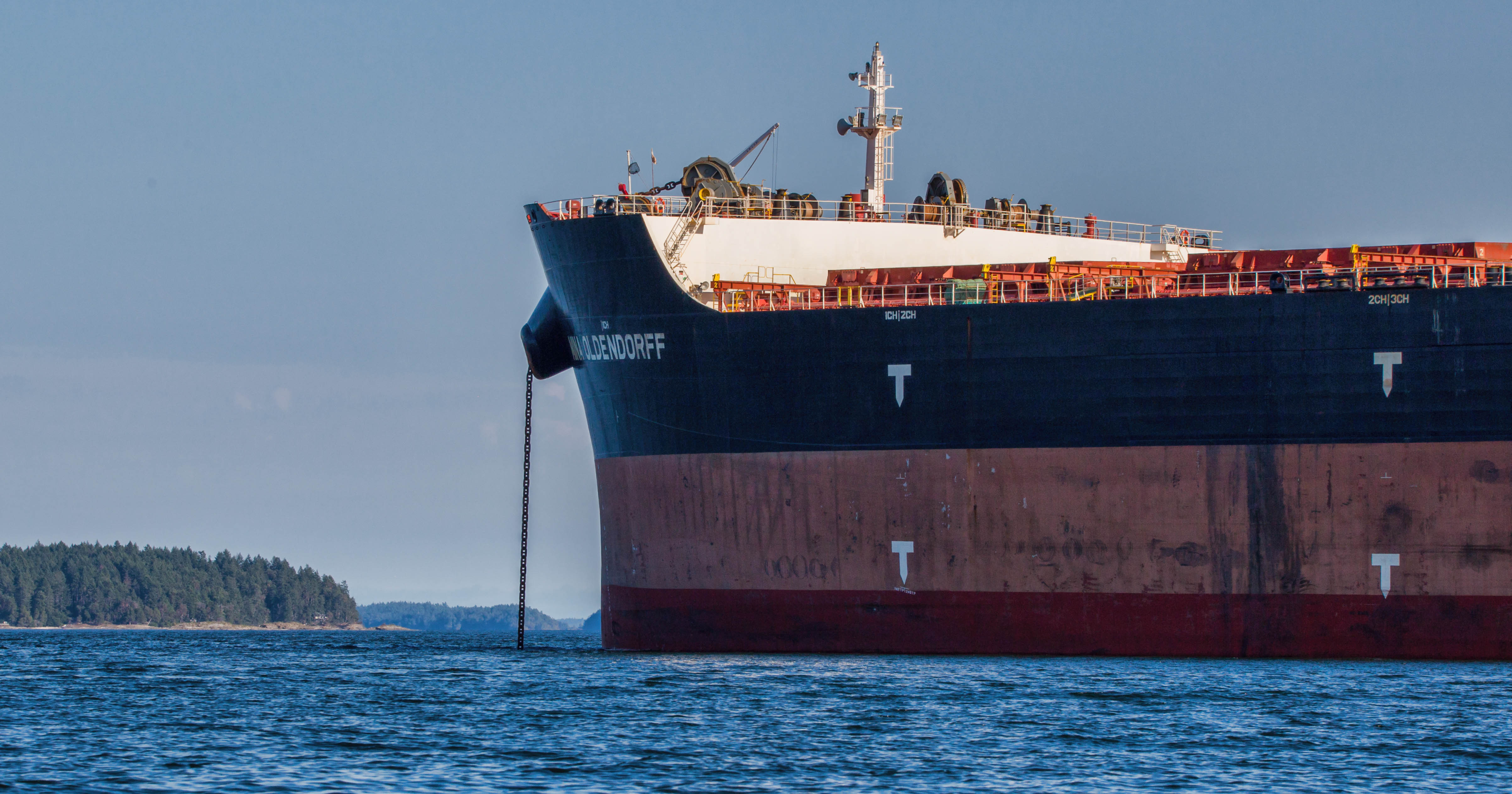 There are 33 freighter anchorages in the Southern Gulf Islands and Cowichan Bay and the federal government is currently considering adding more. The anchorages sites are free, long-term, overflow parking spaces for mostly, internationally owned grain and coal ships, waiting for berths in Port of Vancouver. Because they are outside of the federally regulated Port of Vancouver’s jurisdiction, they have very little oversight or regulation.

There’s currently no limit on how long they can stay (sometimes 30-40 days before heading into the port.) These sites were designated in the 1970s for use by much smaller vessels visiting Ports on Vancouver Island. They were put on the map without consultation with First Nations or other coastal residents and have had no environmental assessments.

Trade and marine shipping is very important, but Canada must balance commercial ship management with marine protection. Empty ships at anchor in the Southern Gulf Islands contribute nothing to the national or local economy. Ships make money for Canada when they are in the port, not when they sit idle for weeks outside of the port.

Use of anchorages is increasing at more than 3 times the rate that bulk cargo export rates through the Port of Vancouver. Everyone would benefit from an improved and more efficient supply chain. The situation negatively impacts the marine environment, including southern resident killer whales and many other species.

Here are some of the risks:

As freighters travel through the narrow passages and channels in the region and at times face high winds, there is an ever-present risk of ships grounding or colliding with other vessels, leading to catastrophic fuel spills.

Ships travel through the critical habitat of the Southern Resident Killer Whales to get to these anchorages. This adds to acoustic interference and potential for ship/whale collisions.

As ships slowly swing around their anchor, their large anchor chains scour the ocean floor. This destroys important marine habitat.

Despite international regulations, ships at anchor have been known to dump toxic contaminants and invasive species into local waters.

What you can do?

Send a letter to key government ministers, and then share the message that you did via email and social media. We must work towards keeping shipping activities inside regulated Port areas where there is oversight and monitoring.

Posted on behalf of The South Coast Ship Watch Alliance.
SCSWA is a coalition of community groups in the Southern Gulf Islands, Cowichan Bay, Ladysmith and Saltair. The alliance includes environmentalists, concerned citizens, homeowners and residents who are sounding the alarm about bulk freighters anchoring in local waterways and the many negative impacts they are having on the environment and communities in the region.

8 thoughts on “What’s going on with freighter anchorages in the Southern Gulf Islands?”