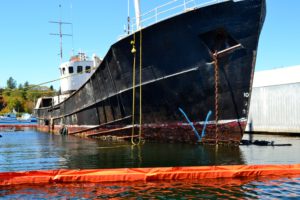 When you visit Ladysmith Harbour, you’ll see a place of great beauty and activity – but you will also find a number of problem boats in various stages of decline. In one short stretch of beach there are four derelict vessels grounded and decaying, plus several more floating and at risk of becoming derelict.

The Viki Lyne II was abandoned in Ladysmith Harbour a few years ago, and a marine survey was done for the Coast Guard over two and a half years ago. The survey discovered over 30,000 litres of oils, solvents and paint on board, of which 20,000 litres was pumped off the vessel last fall, leaving 13,000 litres of toxins on board a ship in imminent risk of sinking.

According to the marine survey of Viki Lyne II conducted for the Coast Guard:
“…the hull is very close to being penetrated by corrosion. In fact, the hull may be penetrated below the waterline but covered with scale and marine growth which is preventing the inflooding of the hull…scraping of the external hull below the waterline may cause the vessel to flood… Disassembly and scrapping of the vessel is the only certain way of removing her current threat to the environment.”

The issue was covered by Global News, CBC News, and other media. Thank you to organizers Marina Sacht and Rob Pinkerton of TAKE 5 Publications. And a warm thank you to my hosts, Ian and Paddy, who welcomed me aboard the Salish Sea for the cruise from Gabriola Island to Ladysmith, and leant me their dingy for the flotilla and to get onshore to speak!

If you would like to help prevent a disaster in Ladysmith, and all along our coast where derelict vessels are a threat, please contact Minister of Transport Lisa Raitt and ask that the Viki Lyne II be dealt with immediately.
lisa.raitt@parl.gc.ca
Telephone: (613) 996-7046
Fax: (613) 992-0851

Images of Concern for our Harbour Day flotilla and protest rally (photos by Michelle Young): 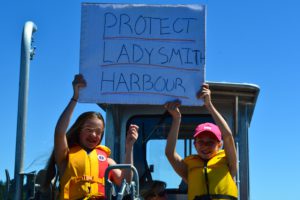 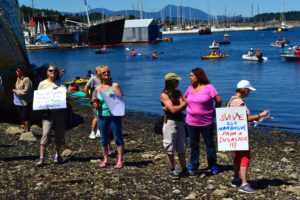 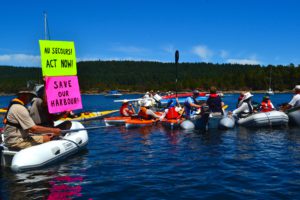 Concern for our Harbour Day flotilla 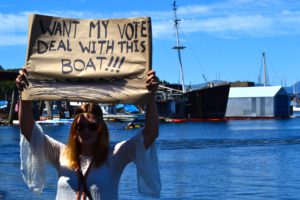 Want my vote? Deal with this boat!!! 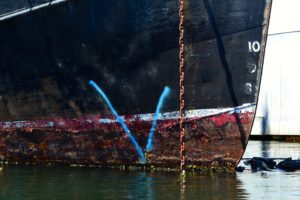 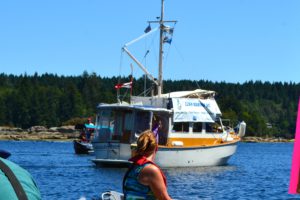 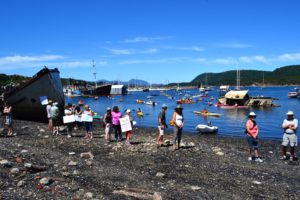 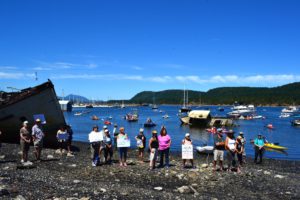 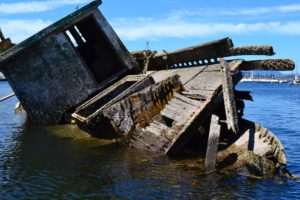 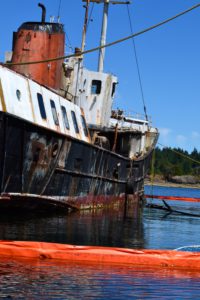 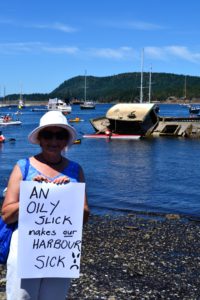 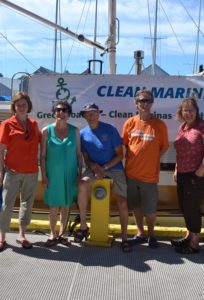