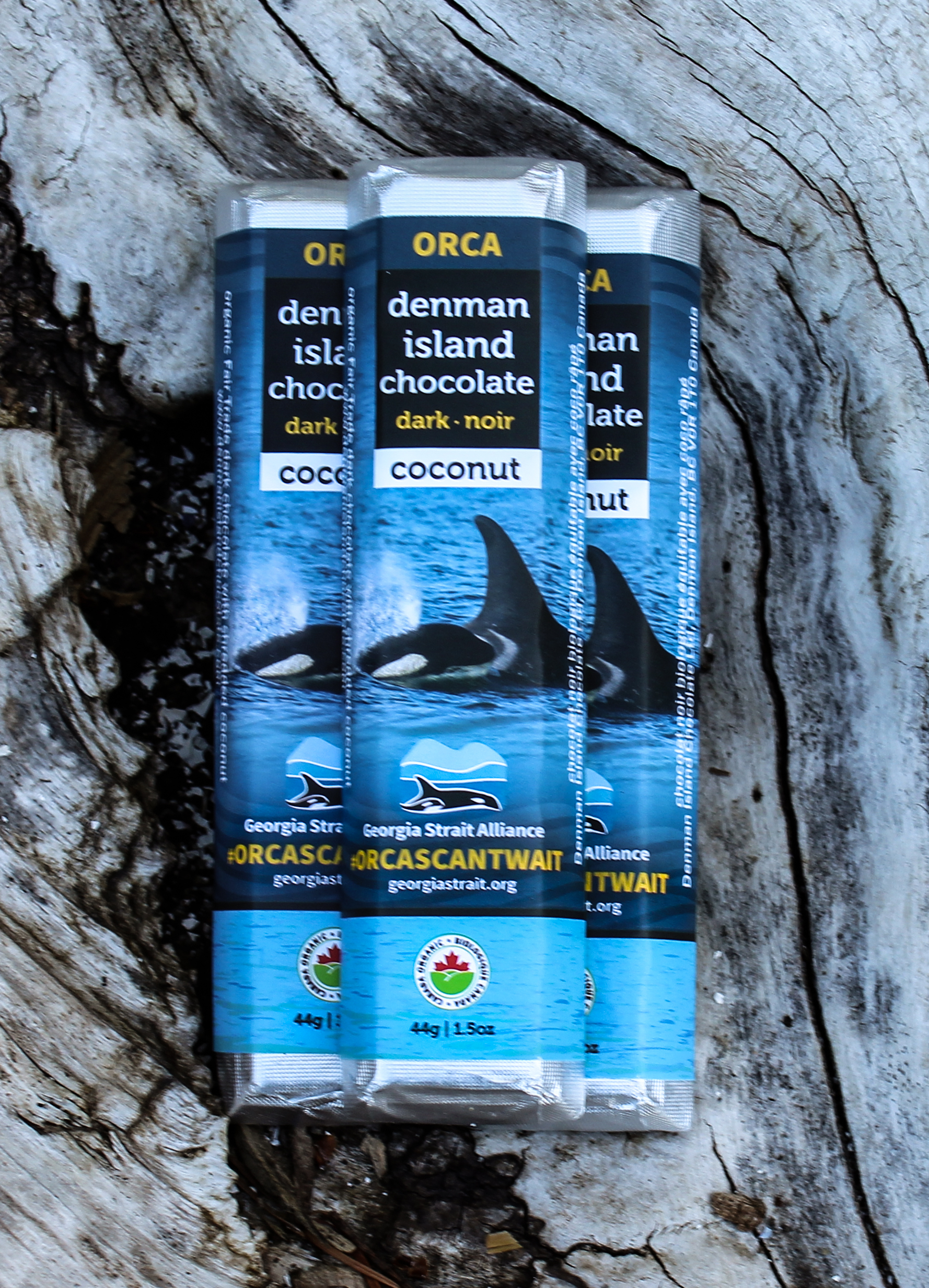 A tasty way to help save orcas

This fundraiser bar will benefit Georgia Strait Alliance’s Orcas Can’t Wait campaign to protect the endangered Southern Resident orca population. Denman Island Chocolate will donate $5 for every case of 24 bars sold. The Orca Bars will be on offer permanently because this iconic orca population will need help for many years to come.

Where can you buy Orca Bars?

Check out this list of retailers who are now selling Orcas Bars (when in stock). And hey, if your local Denman Island Chocolate retailer doesn’t carry the Orca Bar, why not ask them to? You can also order straight from Denman Island! Southern Resident orcas are an iconic, culturally significant and endangered population that spends the spring, summer and fall in the Georgia Strait. As of June 2019 only 76 Southern Residents remain. The population is declining because of a lack of prey, underwater noise from human activity and toxic contaminants in their environment.

You can help protect the Southern Residents by:

When we protect the Southern Residents, we protect the Georgia Strait and all the species and communities that depend on its health for their survival

Keep up to date by signing up for Strait Up our monthly e-newsletter, reading our blog and press and by following us on Facebook, Twitter and Instagram.

You can also help right now by making a donation! The support of individuals like you helps us to be responsive and push for the immediate action needed to bring the orcas back from the brink of extinction.