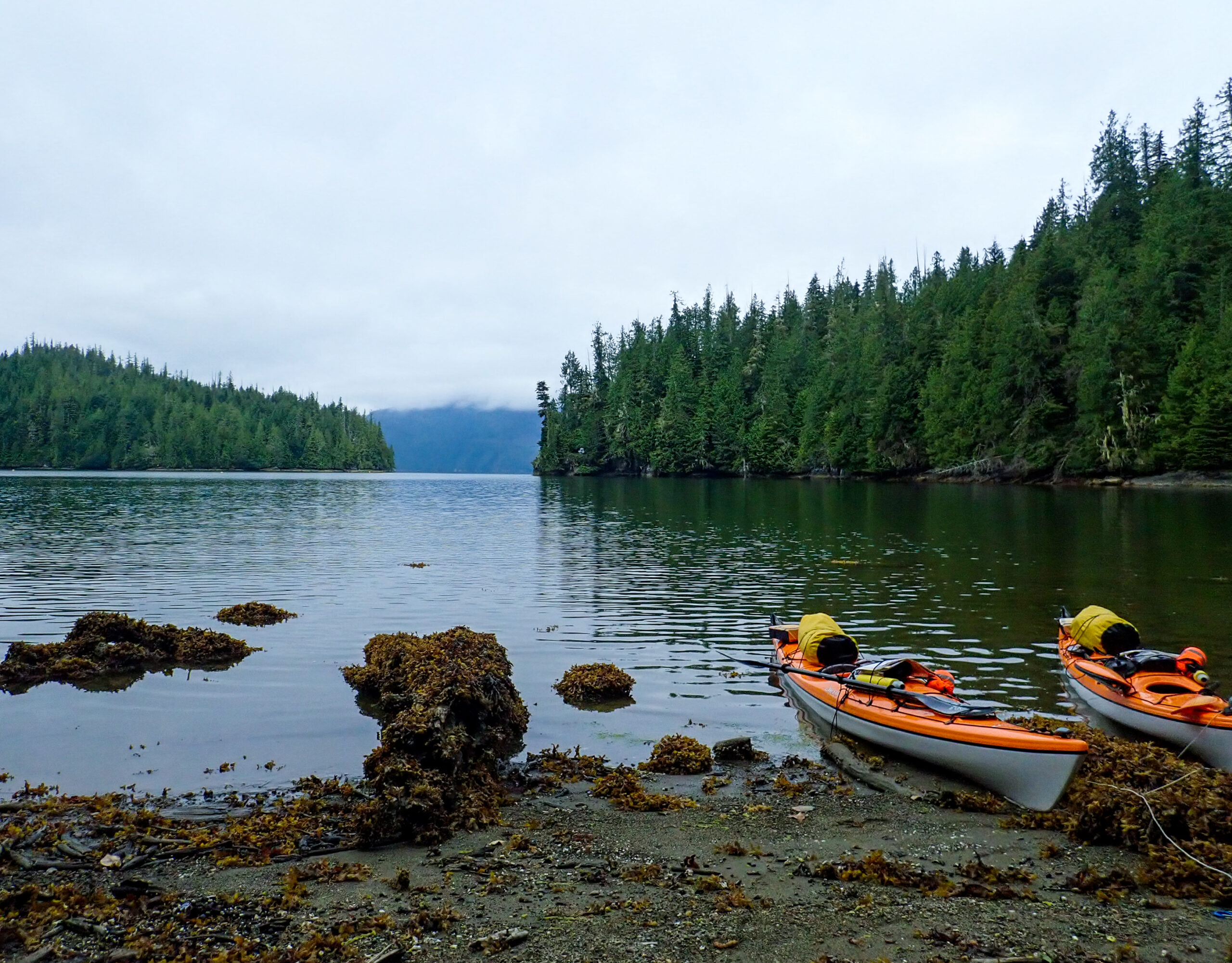 It’s hard to believe that in all the more than 18 years we’ve been taking annual kayak trips in coastal BC, that we’ve never had the experience of seeing orcas in the water while paddling but we hadn’t. We’d seen orcas in the wild while sitting in camp, but this year we were out on the water with them. What a truly amazing experience!

We were paddling along the eastern side of Broughton Island, heading for a bay where we planned to stop for a rest only to be surprised that it contained a very large fish farm. This did not make for two happy kayakers so we were moving on when my husband spotted something in the distance, which he thought was a humpback. I kept looking and realized that humpback had fins! Then more fins, both large and small.

Not to ruin whatever image I might have as a composed and dispassionate scientist, but I screamed with glee!

For the next 10 minutes we watched as a male, two other adult whales and a juvenile, swam, splashed and jumped out of the water. I’m glad my husband managed to get some pictures as all I could do was watch and smile, even “whooping” a few times. It was the exhilarating experience we had hoped it would be. 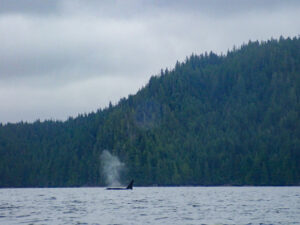 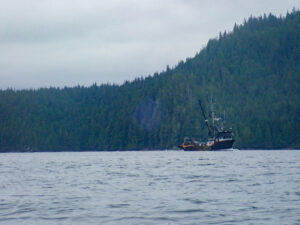 As we continued to watch and the orcas moved away, a fishing vessel was making its way towards the salmon farm at full throttle, seeming to make no effort to slow down
with the orcas still in the vicinity.

This scene – the fish farm, the vessel and the whales – was so powerful; the visceral image of what we are trying to protect right next to the industries whose actions threaten it.

In the 20 years I’ve been at GSA, there are many examples of how things have changed for the better. In 2002, we were just starting to successfully make people aware of the threat of open net cage salmon farms; Victoria discharged raw sewage into the Strait of Juan de Fuca; we were fighting the GSX gas pipeline proposal that would have crossed the Strait’s seabed; and, we had just dipped our toes into sharing the green boating ethic.

Today, the government says its committed to transitioning salmon farms out of BC waters; Victoria has advanced sewage treatment; communities helped defeat the GSX proposal; and, boaters are increasingly leaders in mitigating the impact of boating. Those are incredibly meaningful changes that are improving the health of these waters.

But as we remove one threat, a new one raises its head. And each “victory” can takes years, if not decades. Today, we’re looking at having been involved in the fight against TMX and Roberts Bank expansion for nearly a decade. And then of course there’s the climate crisis.

It’s increasingly clear that the path to a healthy Salish Sea won’t be achieved by tackling one threat at a time, but by taking a community-led, watershed-based, and ultimately transboundary approach. The way forward is to support healthy, resilient communities who live in balance with the Salish Sea, led by Indigenous knowledge and leadership, achieved by working together towards this essential goal.

And at GSA, though we’ve found ourselves fighting at the project level, our orca campaign is a great example of how we’ve worked towards positive goals at a much larger, holistic level (reducing pollution, protecting salmon and their habitat and reducing noise and disturbance from ships and boats of all sizes) that leads towards the balance we need. Add to that our increasing commitment to community level organizing and transboundary solutions, and we’re definitely heading in the right direction.

Twenty years really does go by in a flash, and when you see orcas still swimming by salmon farms, it can feel a bit heavy. But to take a step back and see the positive change this organization has facilitated and led, and seeing how we are returning to an increasingly collaborative and community driven approach, it fills me with the same joy and optimism that seeing orcas in the wild did. And it’s in taking in these moments of joy and awe that each of us experiences when we’re near these waters that we’ll make even greater strides in the next 20 years.

4 thoughts on “Perspective on change”