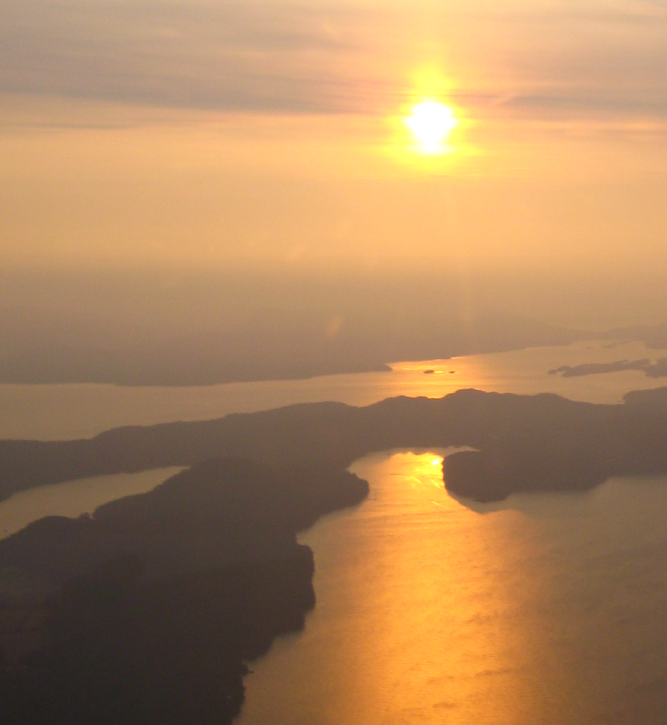 Multi-year summer droughts. Forest fire smoke turning the sun orange. Winter storms increasing erosion of the shoreline. Coastal communities may not face the same dramatic climate impacts as interior residents driven out by wildfires and flooding, but even here the impacts are becoming evident.

Climate change is probably the single, biggest threat to the health and livability of our coastal and interface (those between forested mountains and the ocean) communities. It has transformed municipalities, turning them into first responders that support our communities as we end up dealing with floods, fires, heat and cold waves, and storm surges. From a city perspective, this means that taxpayers are paying for the infrastructure upgrades and emergency measures that are—and will be—required to curb the effects of climate change in our community.

As communities, we can’t afford ongoing unabated climate change or the growing impacts—environmental and economic—that come with it.

But the reality is that these costs are only going to rise dramatically if we don’t tackle the system that hasn’t given consumers a fair range of options for our energy needs. The challenge with the fossil fuel industry is that not only are their products sold at heavily subsidized prices, but they have been externalizing costs to our shared atmosphere. Fossil fuel producers are currently able to sidestep the true cost of their goods, as they avoid adding liabilities to their balance sheets.

Royal Dutch Shell (through its Canadian subsidiary) recently wrote to the City of Victoria, acknowledging that fossil fuels are warming the globe, without addressing that it may have any responsibility to help the city deal with its climate costs. It is one of the powerful fossil fuel corporations making massive profits from selling products that they know will have climate consequences. In Victoria, the Capital Regional District confirms that even a slight increase in sea level will cause daily business losses in the hundreds of thousands of dollars. That’s lost revenue for residents and businesses, as well as for the municipalities that are forced into paramedic mode to triage the damage. They certainly aren’t alone: The Province estimated it would cost $9 billion for Metro Vancouver and parts of the Fraser River system to do upgrades due to sea level rise.

An energy market that is transparent for the consumer and exemplifies the polluter pays principle for the fossil fuel industry would be a game-changer in the fight against climate change. Fossil fuel producers—such as Shell, Chevron, Exxon, Saudi Aramco, British Petroleum—are in a position to be some of the best drivers of alternative and clean energies with their extensive financial resources, relationships with governments, and access to world markets. They could certainly lead the way if they felt inclined but are instead taking baby steps, while still maintaining a core business of oil and gas development.

Shell, for example, is arguably leading its sector and plans to increase its investment in alternative energy to up to $2 billion per year, until next year. However that’s a small share of the some $30 billion the company spends on capital expenditures each year, and on par with what the company is reportedly spending on exploration of new oil reserves in Brazil. Is that sufficient to help move the dial towards a lower carbon future? Is that objective climate leadership? Will measures like these support the transition that our planet needs? Unlikely.

Asking the big carbon polluters to pay their fair share is realistic.

The polluter pays principle is used in many industries because the concept is understandable and deemed fair. More importantly, it’s fiscally responsible for municipalities to have a tool to recover a fair share of our adaptation costs from the corporations that are most profiting from fossil fuel extraction, production and sales.

This is why a growing number of BC municipalities are asking that the largest global fossil fuel companies share the climate change costs they’re downloading to communities. The industry is making enviously healthy profits, while the use of their products are harming our communities and taxpayers are bearing the entire burden. Not only does this winner-takes-all business model leave our communities on the losing end, but industry won’t ever stop developing coal, oil and gas reserves unless they’re forced to be accountable for their products.

The City of Victoria has taken concrete steps in the right direction by putting in a speed bump to slow runaway climate change, telling the Carbon Majors that their business model needs to shift, and voting in favour of the health and livability of our local environment and economy. They are one of 16 communities to join this effort, and we need as many as possible in BC to coordinate work.

Specifically, the City of Victoria will:

We at GSA are working with the communities of Port Moody and Nanaimo to add their voices asking for climate accountability. Can you join our efforts there? Is your community not on the list? If not, email Anna and get your community going.

One person can absolutely make a difference in this campaign!