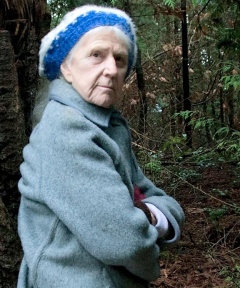 Jacqueline Cecil-Sears wore many hats. Born in 1930, her love of dance led her to study at the School of American Ballet in New York City, and she became performer and a teacher of ballet, modern dance, improvisation, voice and acting. A founding member of the Joffrey Ballet in New York City, she was a bit of a celebrity in the Gabriola Island community that she called home for her last three decades. She also turned her hand to farming after buying land on the Island, where her farm produced hay, wool and strawberries—a true renaissance woman!

A trip through the Gulf Islands soon after her marriage in 1957 led to purchasing the old farm. An experienced dance teacher (having taught in New York City as well as several other US cities and universities in the US and Canada), Jacqueline opened her own dance school on Gabriola and also taught in Victoria and Nanaimo. She became a regular performer in the Gabriola Island Singers and in Victoria’s Company One Theatre, of which she was a founding member. 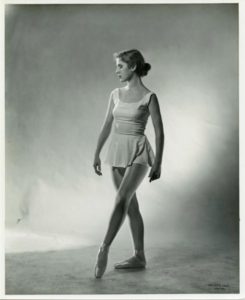 Jacqueline in her early days

Jacqueline is remembered by colleagues, friends and family as gentle and disciplined, with a fun, lively spirit and charismatic spark—and as an amazing dancer right up until the ﬁnal months of her life. She could still put her foot over her head at 78 years old!

Jacqueline passed away in 2010, and bequeathed a portion of her estate to the SPCA, and another to Georgia Strait Alliance—the largest cash bequest GSA has ever received, to date. These funds have been used to support our core work, with particular attention our campaign to oppose the increase in tanker trafﬁc in the Strait.

We believe that Jacqueline, who loved animals and nature, would approve.