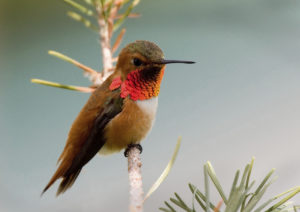 BC has some of the most outstanding sites in the world for concentrations of birds. For example, one tiny island sustains over half of the world’s population of Cassin’s auklets and millions of birds use the Fraser River Estuary each year as a migratory stopover on the Pacific Flyway.

The importance of these sites and many others in BC to the maintenance of the world’s bird populations and diversity is recognized internationally through their designation as Important Bird Areas (IBAs). In total, BC has 84 designated IBAs. An additional 185 sites were nominated for inclusion in the IBA network, which indicates that there are many more outstanding sites for birds in BC.

BC’s 84 designated sites form a significant portion of the network of 597 IBAs across Canada, which is not surprising considering 76% of Canada’s bird species are found in BC. Because nearly all of Canada’s birds migrate beyond our borders at some point in their lives, the real strength of the IBA program is its international scope. Since 1985, over 100 countries have joined to create a global network of IBAs