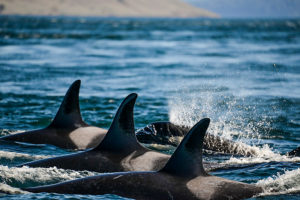 Canada’s Species at Risk Act (SARA) came into effect in 2003. Although weaker than the US Endangered Species Act, it is an important first step.

The legislation ensures that species are assessed under a scientific process that operates at arm’s length from the federal government. It also requires the development of recovery and action plans for species that are found to be most at risk. Find out more on Canada’s legislation on species at risk.

British Columbia does not have endangered species legislation.

Further information about the status and threats to species at risk in Canada:

Reasons vary, but include accumulation of toxic chemicals and/or heavy metals (particularly for animals at the top of the food chain), declining food supply, and loss of critical habitat. Clearly, many species are at risk in our region, and strong action is needed to protect them. Read more in this backgrounder prepared by Ecojustice.