After months of work by an expert research team, and passionate, articulate testimony from Georgia Strait residents, GSA has submitted our evidence as intervenors in the National Energy Board’s review of the proposed Kinder Morgan pipeline expansion.

It describes the countless reasons why coastal residents think this project is a big step in the wrong direction. It shows that coastal communities have the most to lose from an oil spill, but also have very little voice in planning for and responding to a spill. It outlines the many important roles that local governments play in the event of a spill affecting their community. And it calls on senior governments to get much clearer about who’s responsible for what if a spill hits, and to give local governments the resources and the information they need to play their part effectively. 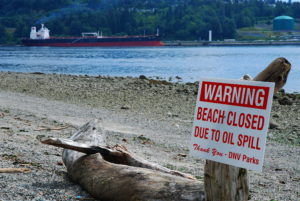 We contracted a team of expert researchers to answer this question: Are coastal communities in the Georgia Strait adequately prepared for a marine oil spill?

Key findings from the report include:

The report makes recommendations to all levels of government to strengthen marine oil spill response in the region, including:

The Kinder Morgan pipeline affects everyone in BC – but only a tiny fraction have an official voice in the NEB review process. So GSA offered coastal residents the opportunity to submit their comments directly to the NEB as part of GSA’s evidence. Thanks to all of you who took the time to write such well-argued and heartfelt words about why you love this coast, and why you don’t want the Kinder Morgan pipeline to go ahead.

Here is a short summary of some of the most common themes in your comments to the panel:

Read the full set of your comments that we submitted to the NEB here.

WHAT CAN YOU DO?