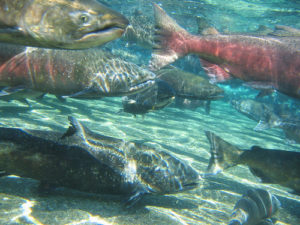 Coastal communities can play an integral role in guiding government decisions to turn the tides on the critical situation the southern resident killer whales are facing. We would like to learn more about the priorities you support in salmon recovery for the southern resident killer whales so that yours can be one of the voices we hear as we determine our strategic direction.

This survey is now closed. Thank you for participating.